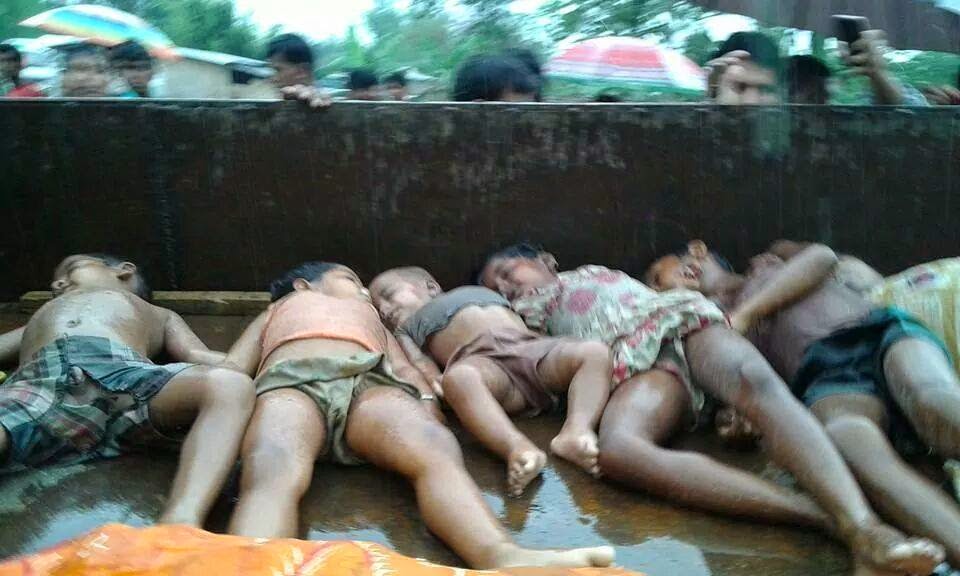 We are extremely pained by the recent killings of innocent Muslims including women and children in Bodoland Territorial Area Districts of Assam.


We are compelled to draw your kind attention regarding the followings: That , since 25th of April, 2014 hundreds of Muslim from the villages under Harbhanga Polling Booth had been tortured by the police in retaliation of killing of one election duty police personnel on previous day owing to a rumour of EVM malfunctioning. The villagers were brutally beaten up, elderly, women, adolescent girls, children and three months old infant were not spared. The household belongings were destroyed money and valuables were looted, dignity of women was compromised.


That, on 30th of April, 2014, Smt. Pramila Rani Brahma, ex-minister and present MLA instigated the miscreants to attack the Muslims through her explosive statement. She said that the Muslims have not voted for her party BPF and which may lead the official candidate Chandan Brahma’s defeat. That, very next day, i.e. 1st of May, 2014, at least eleven Muslims people including women and children were gunned down by the armed militants and injured another four in two different locations BTAD area. Out of which eight people were killed from Balapara, which is just few kilometres away from Harbhanga, where police tortured the villagers on the wee hours of 25th of April, 2014.


That, on 2nd of May, 2014, a heavily armed group of around forty militants killed at least 21 people including 9 children and set ablaze 70 houses in Gampara village under Baksa district of BTAD. The survivors told that the death toll will cross hundred as the militants killed the people and thrown them away dead bodies into river Beki. That, the survivors also told that the attack was carried out under the leadership of Amiya Brahma, the Ranger of Bashbari Forest Range. The miscreants used the .303 rifle of forest guard. On 3rd of May, 2014, Amiya Brahma along with five others was arrested for involvement in the heinous crime against humanity. That, in the meantime thousands of Muslims has fled from BTAD area to safer places of Dhubri and Barpeta districts.


On the other hand, a section of media and people with vested interest are trying to brand the victims of humanitarian crisis as illegal Bangladeshi! With full conviction, we state that all the victims of this sectarian violence are sons of the soil. We undersigns bow down to your Excellency and request to address the following charter of demand for the sake of humanity:


1) The state government of Assam and BTAD administration have severely failed to protect the life and dignity of its citizen. There is an apparent threat to the internal security in the BTAD area. Assam government has totally failed to restore the law and order situation in the state. Hence, kindly take over the control of the state under Article 356 of Indian constitution and dissolve the BTC as well. The mistake of formation of BTAD has been reflected in the form of repeated killing of non-Bodo population in the area since its inception.

2) Take immediate steps to arrest Sri Khampa Borgoyary, the Deputy Chief and Executive member of Forest Dept of BTC and Smt. Pramila Rani Brahma for their alleged involvement in crime against humanity.

3) Take appropriate steps to arrest the culprits involved the killing and other crimes.

4) Take appropriate steps to seize all the illegal arms from the BTAD area.

5) Take appropriate steps for the immediate relief, rehabilitation and restore peace as soon as possible.